Mark Coughlan is a major figure in the cultural life of Perth. He is a pianist, conductor, artistic director, gallery owner, music critic and lecturer and has been closely involved with many arts and education organisations in Perth and nationally.

Mark is the founder and artistic director of the Government House Ballroom concert series, Music on the Terrace, and directs the annual New Year’s Eve concerts at Perth Concert Hall. He has recently become Chairman of OpusWA Arts Orchestra and Chorale and will conduct two performances of Mozart’s Marriage of Figaro in June 2022. Mark was previously Head of the School of Music at the University of Western Australia and maintains close connections with both UWA and WAAPA, where he is an Advisory Board Member.

For more than 10 years, Mark was a board member then CEO of the West Australian Symphony Orchestra and for 14 years was a music writer for The Australian newspaper and a member of the judging panel for the national performing arts awards, the Helpmann Awards.

Mark is the founder and director of the Orangery Gallery, a restored arts space showcasing West Australian artists and musicians.

Mark studied in Perth and London and holds Bachelor’s and Master’s degrees from UWA, where he won five university prizes. He is a three-times finalist for West Australian of the Year in the Arts and Culture category. 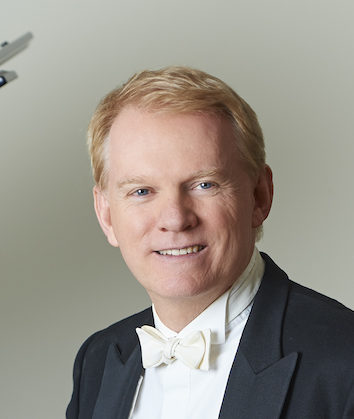