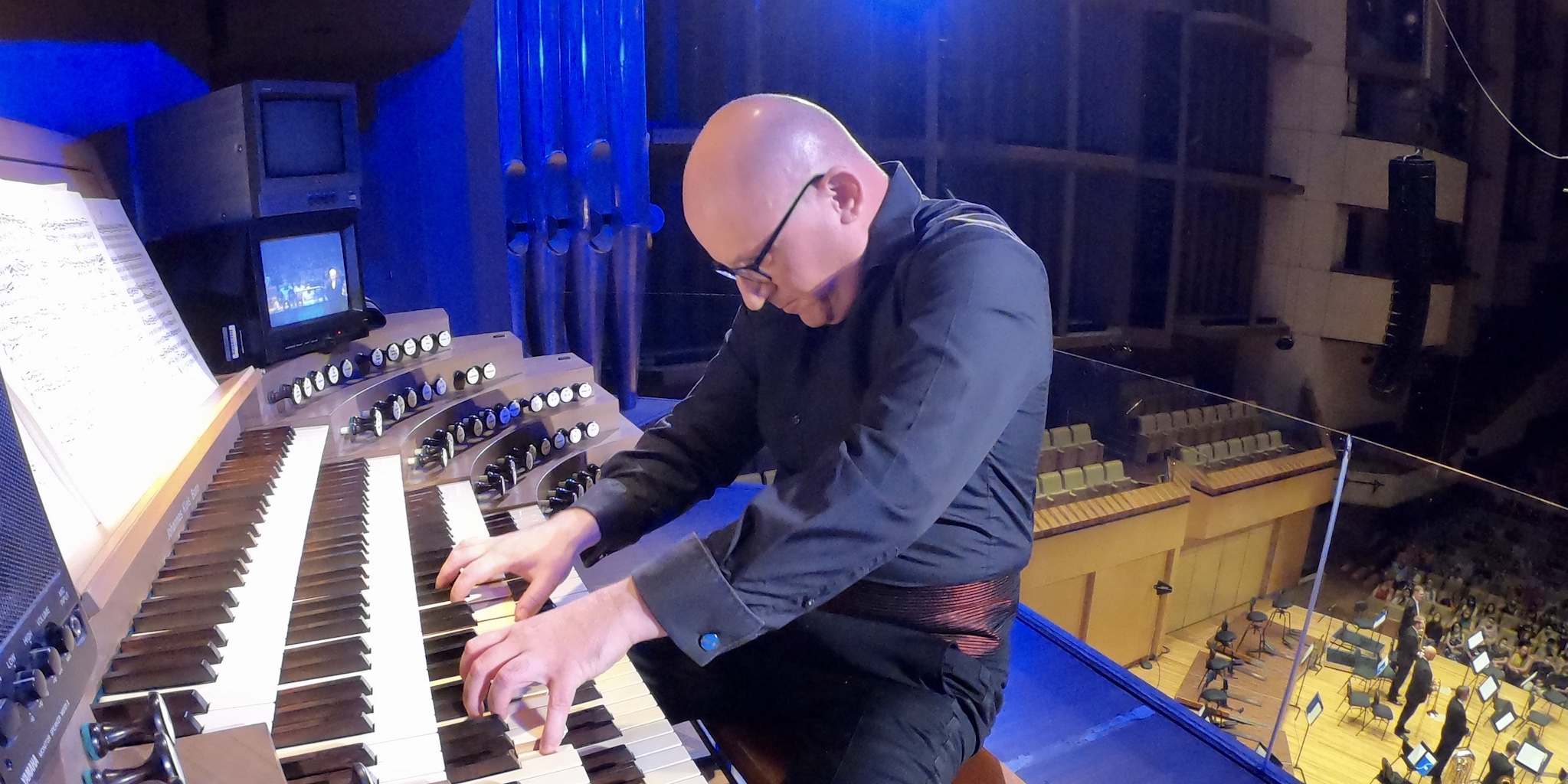 Dr Joseph Nolan has been hailed by the Sydney Symphony Orchestra ‘as one of the world’s leading organists’; by BBC Radio 3 for his ‘miraculous playing’ and by Gramophone as ‘towering’. World-acclaimed conductors David Robertson (Sydney Symphony) and Asher Fisch (WASO) have both publicly described Joseph’s gifts as ‘extraordinary’ and ‘world-class’.

From New York (New Criterion Magazine) to London (Gramophone) Joseph’s recordings of the complete organ works of Widor have been declared as the benchmark set, and this concert is a wonderful opportunity to hear Joseph play Widor’s Fifth Symphony.

Joseph’s next CDs will be the complete works of Alkan, to be recorded in Paris as soon as international travel resumes. In this concert, he presents the Australian premiere of Alkan’s Impromptu on Luther’s chorale, ‘A Mighty Fortress is God’.

Joseph explains why this is the most challenging of the four pieces he has chosen to play:

Bach’s Passacaglia, Widor’s 5th Symphony, and particularly Reubke’s Sonata on the 94th Psalm, are regarded as some of the most technically difficult writing for the organ, but frankly, they are akin to playing ‘Teddy Bear’s Picnic’ at half speed compared to some of the organ music of Alkan!

A mysterious figure in Parisian musical life in the nineteenth century, Alkan was close friends with Chopin and Liszt, who both regarded Alkan as having a superior keyboard technique. This could explain why his Impromptu was written for one player, yet Alkan pianist Roger Smalley transcribed the work for two pianos. In his biography of Alkan, Ronald Frost wrote: ‘The Impromptu makes inhuman demands upon a single player.’

In this short video, Joseph gives an insight into the four composers and their works.

St George’s Cathedral is at 38 St Georges Terrace, Perth. Go to this link for information on parking and accessibility. A new climate control system has improved the comfort of our patrons.