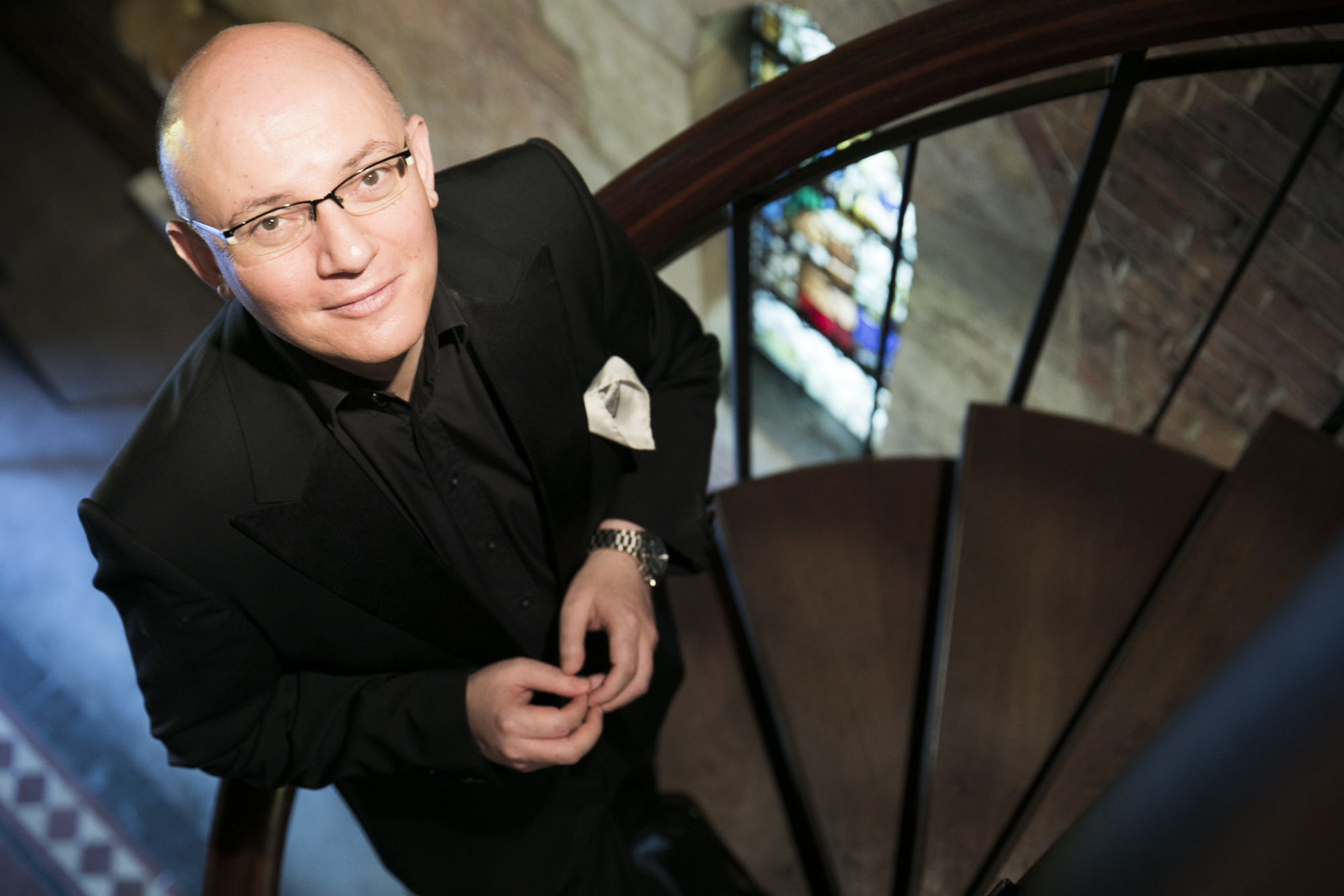 This Easter, Dr Joseph Nolan will conduct Bach’s St Matthew Passion, presenting his own concert performance edition. His task has been to create a version that speaks to a modern audience while honouring the composer’s intentions.

Matthew’s version of the Passion of Christ, interpreted by Bach, takes us through the intense experiences of love, sorrow and tragedy, right up to the Crucifixion. Joseph Nolan describes the oratorio as “the greatest story ever told, retold by arguably the greatest composer the world has ever seen.

Bringing Bach to a Modern Audience

In preparing the abridged version for performance, Joseph says: “My primary responsibility is to honour Bach’s score and intentions, and bring as much of that as I can to a modern audience. However, a conductor also has a responsibility to say something new.”

He points to the moment before the final chorus as the marker that the pacing of the performance has been successful: “Our job is to convey a sense of drama and to maintain the right pace from beginning to end, which is very difficult to achieve.”

Joseph regards Bach’s music as an “eternal gift” as each piece can be arranged in so many different ways: “It’s no accident that his music is performed and recorded often by the same performers several times. In every bar and chord, Bach provides an opportunity for new discovery.”

The original oratorio, written to be part of a service, runs to around 3 hours 20 minutes, and the abridgement brings it to 2 hours 10 minutes, a more suitable length for a concert performance. Joseph has edited the piece quite differently from the famous Mendelssohn version, to more closely retain the integrity of the original.

Joseph’s abridged edition was performed in the 2014 St George’s Concert Series. The sell-out concert received a 5 star review from The West Australian, where it was described as “Passion matched with perfection”. Thanks to the first full collaboration between St George’s Concert Series and the West Australian Symphony Orchestra this April, many more people will be able to experience it.

Joseph has carefully selected an orchestra that isn’t too large, so that the sound of the 24 singers doesn’t become overwhelmed by the instruments. While the size of the choir and orchestra is closer to an authentic Baroque experience, this isn’t the main aim of the production. Top of mind is the need to reach a modern audience in the most engaging way, with musical integrity.

For example, Joseph has chosen to present the chorales a cappella, explaining: “In doing this, we’re taking a different approach from Bach because this is a concert performance, not a liturgical replica. By singing a cappella, the words are more clearly heard, so the audience can enjoy the beauty of the text with absolute clarity.”

This will also be a wonderful chance to experience the purity of sound created by the extraordinarily gifted young singers of St George’s Cathedral Consort.

Words from the Soloists

A great deal hinges on the part of the Evangelist, sung by the highly renowned Australian Tenor Paul McMahon, who says the role “presents many challenges in sheer size, complexity and significance, but these challenges make it all the more rewarding to perform”.

Paul continues: “The music for choir, orchestra and vocal soloists is sublime, and when performed by musicians of high calibre, the St Matthew Passion has the power to move the emotions of the audience like no other piece in the repertoire. It is a work of sheer perfection – not a note, word, phrase or chord is out of place in the entire piece.”

Soprano soloist Sara Macliver describes the piece as: “achingly beautiful with some of the most exquisite arias ever written,” while Mezzo Fiona Campbell is “excited to be sharing this great work with the people of Perth – a work filled with grand choruses and magnificent moments, but at its core, an intimate portrait of love, betrayal and forgiveness.”

Book your tickets for Bach’s St Matthew Passion here. Subscribers to the other three concerts in the 2019 St George’s Concert Series receive a 10% discount from WASO.

St George’s Concert Series is delighted to be partnering with the West Australian Symphony Orchestra for Bach’s St Matthew Passion on 16 April, and is extremely grateful for the support of Perth Concert Hall, St George’s Cathedral, and the St George’s Cathedral Foundation for the Arts, especially the extraordinary generosity of underwriters Julian and Alexandra Burt.