Reach for a New Musical Experience! 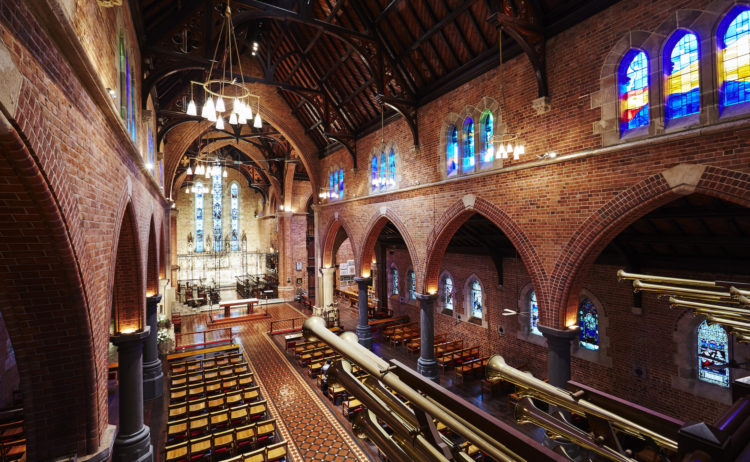 New York based organist Ben Sheen is seeing increasing excitement about organ performances among a classical concert audience in the US. Once they give the organ a chance, they discover a sound they love.

When Ben Sheen visits Perth for the first time in August, St George’s Cathedral hopes to give this movement a boost by encouraging concert goers to reach for a new musical experience.

Ben says that cathedrals have expanded their reach to become welcoming concert halls – “a space where beautiful music can be heard, sacred and secular, with music that appeals to the widest possible audience”.

According to ABC Classic, the organ transmits a very low bass sound called infra-bass, which is too low for the human ear to hear. While you might wonder why this is useful, it actually seems to have a higher purpose in stimulating deep resonant feelings in the listener – which could help to explain the spine-tingling effect of organ music.

Dr Joseph Nolan, himself a world-renowned concert organist and Artistic Director of St George’s Concert Series, believes in bringing quality international talent to Perth. Award winning Ben Sheen is the next artist to perform in the 2019 series, and St George’s Cathedral is the perfect space for showcasing the versatility of the world’s largest musical instrument.

“By presenting quality music, the Cathedral is fulfilling its purpose in reaching out to the people of Perth and bringing them into this beautiful sacred space. The result, we hope, is a feeling of transcendence beyond everyday life and across time, as they are uplifted by sounds they haven’t heard before.” – Joseph Nolan

Ben will perform a varied program on the Cathedral’s magnificent West Organ. He has chosen a mix of styles and composers to showcase the instrument at its very best.

“My program ranges from Bach and Mozart right through to more romantic works and transcriptions of orchestral and chamber music. The final piece is based on well known tunes by Gershwin that many will recognise – a suitably virtuosic and light-hearted way to end the recital.” – Ben Sheen

For more information and a link to purchase tickets, go to the event page: Sir Francis Burt Memorial Concert with Ben Sheen