Another First for the Cathedral and WASO 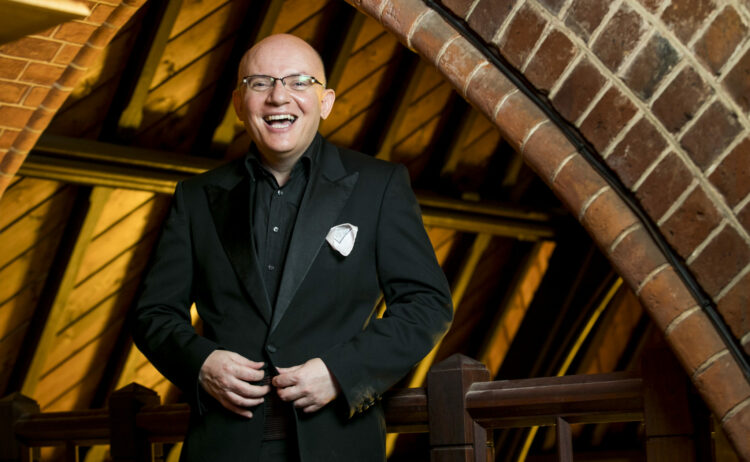 In their second co-production, the West Australian Symphony Orchestra (WASO) and St George’s Cathedral will present an Easter concert never performed before in Perth.

Duruflé‘s Requiem and Bach’s Easter Oratorio will come together to create “a sonic picture of the joy of Easter”, in the words of St George’s Concert Series Artistic Director Dr Joseph Nolan.

The concert tells the Easter story through the exquisite music of two extraordinary composers. Beginning with the solemn serenity of Duruflé‘s Requiem, the second half brings the jubilance of the resurrection through Bach’s Oratorio.

“This is a first for WASO and St George’s Cathedral Consort, and it is highly likely that this will be Perth’s first professional performance of Bach’s Easter Oratorio.” — Joseph Nolan.

It will certainly be the first time this combination of pieces has been curated to form a wonderful new way for Perth to celebrate Easter, taking us through the sorrow of the crucifixion to the  joy of the resurrection.

Both the Requiem and Oratorio are ideally suited to the pure sound of the Cathedral Consort, which has a strong relationship with WASO, having sung alongside the orchestra on numerous occasions – notably for St Matthew Passion in 2019, which received excellent reviews. Listen to the Cathedral Choir and Consort sing the Sanctus from Duruflé‘s Requiem:

Joseph encourages those who are new to Bach to attend the concert, as the Oratorio is 45 minutes long, making it an appealing introduction to one of the world’s greatest composers.

“I have taken the liberty of adding a reprise to the final chorus, which I believe results in a much more thrilling and natural conclusion.”

Duruflé‘s Requiem is another piece ideally suited to the voices and instruments chosen for this new Easter concert. The Requiem was first performed in the church of Saint-Etienne-du-Mont in Paris, where Joseph spent five nights creating an organ CD that won him the coveted Limelight Recording of the Month award.

“I am particularly fond of Duruflé‘s Requiem, and especially pleased to be presenting it as Duruflé originally conceived it, for choir and organ.”

Together, the pieces create a new way to celebrate Easter, created for the people of WA by Joseph Nolan and WASO.